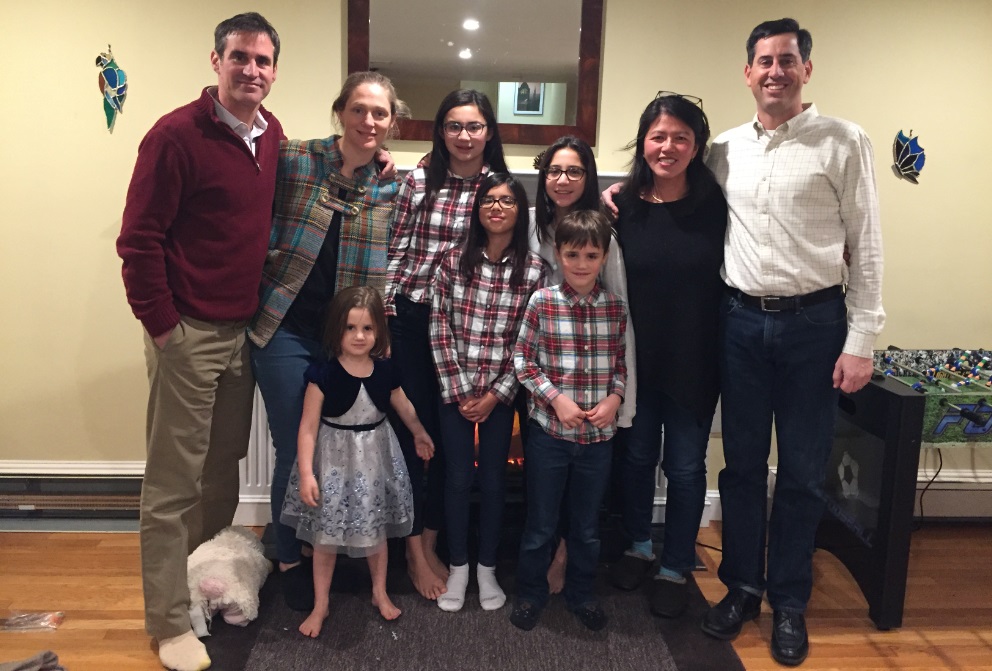 André and Andrea, who live near Washington, D.C. with their two children, wanted to share some exciting news with the Bulletin famille vOdY. From August 2019-August 2021, they will be living in the Groot Begijnhof in Leuven. Andrea, who works as a French professor at Loyola University of Maryland in Baltimore, will be the Director of Loyola’s study abroad program in Leuven.

The Loyola International Nachbahr Huis was founded in 1988 by Dr. Bernard Nachbahr, a professor of Philosophy at Loyola University Maryland, who wanted to start a study abroad program in Belgium for American students. Today, the Huis welcomes not only American students, but also international students, mostly from the Erasmus program. Out of 67 students who live in the Huis, at least 20 of them are Dutch speakers. The number of international students depends on the size of the Loyola group. In some years, there are more than 30 international students living in the Huis. Loyola students (and Andrea, too!) are expected to learn Dutch, although their classes are all taught in English. Andrea will be leading the students on several weekend daytrips to discover all of Belgium’s hidden and not-so-hidden treasures. She would be grateful for any ideas for excursions that the family might have. To learn more about Loyola’s Leuven program, visit  the following hyperlink. 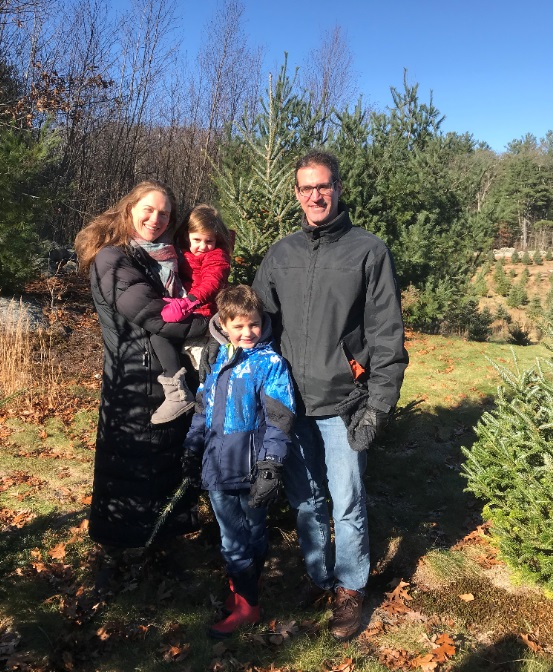 Andrea’s research brings her to Belgium, as well. She has published articles on Maurice Maeterlinck and Michel de Ghelderode, and she is currently working on a book project about Belgian publishers during the Second French Empire, specifically Albert Lacroix (1834-1903). In 1861, while Victor Hugo was in exile, Lacroix paid today’s equivalent of nearly $4 million to publish Les Misérables which appeared simultaneously in Brussels, Paris, and Leipzig. This sum, which entitled Lacroix to publish the book for only eight years, remains the largest amount ever paid for a work of literature. In 1864, Charles Baudelaire came to Brussels in part to convince Lacroix to publish his complete works, but the publisher’s rejection gave rise to Baudelaire’s bitterness toward the country, recorded in his posthumous invective, Pauvre Belgique! Emile Zola’s Thérèse Raquin and Madeleine Férat were published by Lacroix in 1867 and 1868, as well, both attracting the watchful eye of the imperial prosecutor in France. Le comte de Lautréamont also published his Chants de Maldoror with Lacroix although, in this case, Lacroix hesitated to publish the shocking work for fear of fines and prison time. While Lacroix may have gained renown for promoting freedom of expression among his French neighbors, he also helped foster the careers of several foundational figures in Belgian literature. During the 1850s and 1860s, Lacroix published Marnix de Sainte Aldegonde, Charles Potvin, and Charles De Coster. Andrea is eager to meet other faculty in the Humanities at KU Leuven during the two years abroad and to have access to all the great libraries in Belgium and France.

Andre, who currently works at the United States Department of Energy (DOE), is hoping to learn more about European energy policy during those two years abroad. He is exploring job opportunities in the fields of energy efficiency, renewable energy, and climate change policy – topics he has worked on for the last 12 years. Lately, his work has been focused on the interconnections between present-day energy and water systems. A significant amount of energy is required to treat and transport clean water; conversely, large volumes of water are needed to produce electricity and other types of energy. Andre recently launched a national program that seeks to advance technologies that minimize the risks and exploit the opportunities that arise from these interdependencies. Before working at DOE, Andre was with a non-profit research organization. He began his career as a journalist, mainly writing about environmental policy, with a brief, but memorable period as a sportswriter. 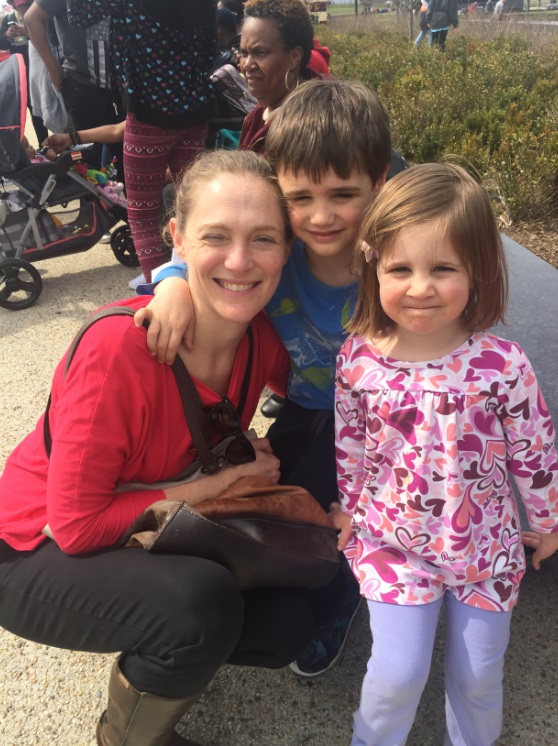 Their children, Marcel and Elise, who will soon be 7 and 4 years old respectively, will attend school in Dutch. They are excited about connecting with their Belgian roots, and are looking forward to many great adventures and lots of frites ahead. They still prefer ketchup over mayonnaise, but are still at an impressionable age, so who knows?

Caption for photo: For their last Thanksgiving for a while in the U.S., their family visited Andre’s brother Michel and his family in Wellesley, Massachusetts, where they ate turkey with all the fixings and, of course, enjoyed lots of Belgian beer.